5 Signs of Hidden Drug Use to Watch Out For

Estimates place the number of Americans with a substance abuse disorder around 21 million. For some context, that’s approximately the population of Florida.

The recent opioid epidemic and it’s staggering human cost has helped put addiction back into the national spotlight. The problem is that it’s often too late by the time a person overdoses.

Even if the person survives, they still face a very steep uphill battle in terms of overcoming addiction. The deeper the addiction, the more likely a person will relapse.

The best time for an intervention is in the early stages of addiction. That means you must spot the telltale signs that indicate someone is struggling with substance abuse. Keep reading and we’ll give five signs of hidden drug use you can use as a guide.

1. Excuses for Their Behavior

Depending on the drug in question, you might actually see the person abusing the substance.

For example, it’s easy to buy alcohol and it’s socially acceptable to use it. Some people get legitimate prescriptions for an ailment and end up using too much.

When you see someone abusing a substance, they’ll often make light of your concerns. They’ll say things like:

There’s a temptation to accept these excuses at face value. Confronting loved ones is difficult, at best. Don’t let the difficulty make you lose your nerve.

For every time you see them abusing a drug, there are many more times you don’t see them do it.

A substance abuse problem never fixes itself. It takes professional help and a dedicated support network for most people to get and stay sober.

If the behavior and excuses continue, consider staging an intervention.

Ongoing substance abuse creates a range of physical indicators that range from subtle to obvious.

A few of the more subtle signs include:

With luck, the subtle signs and other hidden signs will clue you in during the earlier stages. As addiction proceeds, the signs become more noticeable and dangerous. The less subtle signs can include:

Among the many changes drugs cause in a body, they change the chemistry in a person’s brain. Most drugs trigger massive dopamine surges that light up the pleasure center in the brain. That, in turn, drives future drug-seeking.

As a person grows more dependent on their drug of choice, they become more fixated on getting and using the drug. They spend more and more time on that activity.

A very good sign of a hidden drug use problem is when a person abandons hobbies or activities that mean a lot to them. For example, a teen might abruptly drop out of a sport they played for years. An adult might stop playing an instrument or lose interest in a craft they’ve done for decades.

By itself, dropping a hobby isn’t enough of a sign to assume drug use. Teens outgrow things. Adults often drop hobbies for long stretches when work responsibilities change or projects create a lot of pressure.

Look for other behavior changes, such as excessive secretiveness, mood swings, and paranoia.

As a person’s fixation on drugs escalates, they pay less and less attention to their other responsibilities.

At first, they’ll “forget” simple requests like picking up some milk after work. As time goes by, though, they’ll start ignoring more important personal responsibilities.

They won’t pick up the kids from practice. They’ll miss important games or family events. They skip appointments with lawyers or doctors.

They skip shifts with no explanation. Reports go unwritten or don’t get submitted. They don’t deliver their part of projects.

With luck, word of these failures will trickle back through your social network and give you a heads up. If there’s a pattern of blowing off personal and professional responsibilities, it’s a strong sign that the person is abusing drugs.

Addiction isn’t a low-cost activity for the most part. Most people can balance out their drug use and work activities for a while. That means they get a steady flow of cash to support their addiction.

As their drug use escalates, the cost continually rises. The person will burn through their savings, spend every paycheck before it arrives, and max out their credit cards.

After that, they’ll start hitting up friends and family for loans. They’ll say the loan is just until they can get caught up, but they never do catch up.

Once the well dries up, many addicts will turn to petty thievery. They’ll steal things they think they can pawn, sell off to acquaintances, or trade for drugs.

Parting Thoughts on Signs of Hidden Drug Use

It’s not always easy for someone to spot the signs of hidden drug use. No one likes the idea of their loved ones abusing drugs or alcohol.

Many of the signs mean nothing in isolation. Illness or stress can account for many physical or behavioral changes. Financial woes can afflict almost anyone.

Everyone blows off the occasional responsibility in favor of something they prefer more. It’s a normal part of adult behavior.

When the signs pile up, though, it’s time to seriously consider that your loved one has a substance use disorder. It’s also time to consider an intervention and treatment options. 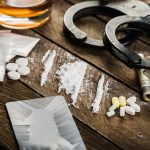 Can You Force Someone Into Rehab In Utah?Drug recovery 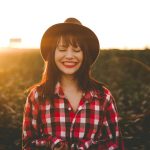 1 Down a Lifetime to Go: What to Expect Your First Year in Recovery From AddictionDrug recovery