Addiction in College: Fraternities and Sororities

Can you develop an addiction in college? Drinking and drug use can and often present potentially life-threatening or life-altering obstacles during college life. Sadly, many fraternities and sororities are breeding grounds for addiction. In this article, we discuss how that’s happening and why people are developing addictions in college.

Addiction to drugs and alcohol can be difficult to overcome; however, with the right help, sobriety is a possibility. Give us a call today at (385) 327-7418 to speak to an addiction specialist. They can discuss the many treatment options available and help you find the right program for you. Let us make this challenging journey a little easier for you.

Click on the section you would like to read and learn more about college drinking in sororities and fraternities. 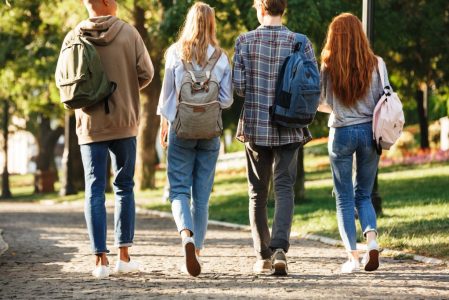 The Issue in Focus

Like many movies depict, fraternities and sororities are the gathering places in college; they are also the groups that tend to do the most partying.

At many fraternity parties, where members of fraternities and sororities gather, there is often an overabundance of alcohol and drugs like marijuana, ecstasy, and cocaine.

However, it is not just the parties that can influence substance abuse and addiction in these social groups; other factors include peer pressure, hazing, initiation, companionship, solidarity, and more.

They need to feel like a cohesive part of the group can influence individuals to use poor judgment and consume or overconsume drugs and alcohol. Such behavior can have a variety of short-term and long-term side effects and consequences.

In a study from the National Institute on Drug Abuse, the researchers sought to understand the impact of substance abuse on members of fraternities and sororities; they discovered that nearly half of residential fraternity members had symptoms of alcohol use disorder by age 35.

It was also found that individuals who lived in fraternities or sororities were more likely than not to continue binge drinking and to use marijuana through early midlife.

Yet, as another study from the Psychology of Addictive Behavior states, fraternities and sororities are not the direct cause of these negative behaviors, but the environment they create where such behavior is acceptable and desired does cause this behavior.

In general, a fraternity party is an excuse for fraternity and sorority members to binge drink. Despite being a common form of drinking, binge drinking can be a potentially deadly pattern of excessive alcohol consumption.

To be considered binge drinking, an individual’s blood alcohol concentration (BAC) must be greater than or equal to 0.08 g/dl (grams in 100 milliliters of blood). At this level of BAC, a person is intoxicated; their motor skills have become impaired, and they present a danger to themselves and others.

While some members of fraternities and sororities may insist that college drinking is innocent fun, this is not true. Every school year, some students are severely injured or die in alcohol-related tragedies.

Even if such things never occur, frequent binge drinking commonly leads to alcohol dependence and addiction. This is a serious concern for college students, who are typically young adults with brains still in development. While the brain is still developing, it is easier for it to be rewired for addictive behavior.

Aside from Greek life binge drinking, college parties can also be home to multiple legal and illegal drugs. One of the most prevalent drugs at fraternity and sorority parties is marijuana. Its legality depends on the state, but legal or not, research has shown that marijuana use has grown within Greek life.

Unfortunately, marijuana, like alcohol, can have a number of unintended side effects on a person. Smoking marijuana allows most of the same toxins and carcinogens as smoking tobacco to enter and irritate the lungs.

Additionally, when users smoke marijuana, they usually inhale much more deeply and hold the smoke longer than with tobacco. This leads to greater exposure to irritants in the lungs.

Yet, one does not avoid side effects by not smoking marijuana. Edibles also present risks to consumers. Their slow absorption rate often leads individuals to overconsume, creating dangerous highs.

Moreover, frequent drug use, like frequent binge drinking, can rewire a person’s brain for further addictive behavior. When consuming drugs like marijuana, cocaine, or ecstasy, the brain is forced to release dopamine.

In the brain, dopamine is a chemical reaction that is responsible for people feeling happy and satisfied. Dopamine is typically released to reinforce healthy activities, such as eating and exercise.

However, drugs cause an overstimulation of the brain, resulting in increased dopamine release. This is where highs come from. But frequent consumption by users can damage the brain’s ability to release dopamine, making it harder to feel good without drugs or alcohol.

This is how addiction works, and it can more easily occur in the not fully developed brains of young adults.

What Students and Colleges Can Do

To combat the presence of drugs, alcohol, overconsumption, and addiction on college campuses across the nation, students and administrations need to regroup and take a stand.

In a study from the Harvard School of Public Health, the researchers outline a 12-step program to help schools specifically combat binge drinking:

While many of these steps ask college administrators to lead the way, students can learn from them and practice what they can on their own.

Administrators and students can also take these guidelines and apply them to drugs and alcohol to combat both problems.

Fraternities and sororities present several benefits to their members. Of these, socializing and parties can be some of the most enjoyable. However, Greek life drinking and drug use can be dangerous. Because these groups foster an environment where overconsumption is encouraged, many members frequently binge drink and use drugs.

Binge drinking can have many unintended consequences and makes one more likely to harm themselves or others. On the other hand, drug use can have several negative health effects on a person and play a part in rewiring an individual’s brain for addictive behavior.

In order to reclaim their organizations, fraternities and sororities need to address the problems with binge drinking and drug use on their campuses. Ideally, they should work with the administration to create safer, sober university campuses.

If you or a loved one are struggling with an addiction, sobriety may seem impossible. But, with the right treatment, a life in recovery is entirely possible.

Call us today at (385) 327-7418 to speak to an addiction treatment admissions specialist. They can guide you to all the options for treatment in your area and help you start your path to sobriety. Remember, you can overcome.

To speak with someone about your situation and get a free consultation, call Better Help Addiction Care at (385) 327-7418 today!

Christianity and Addiction [A Guide to Understanding]

The Devastating Effects of Meth on The Immune System

Have questions about addiction treatment? Get confidential advice by filling out this form.