What You Don’t Know About Teenage Substance Abuse

The teenage years are an extraordinary but complex time in a person’s life.  Right on the brink of freedom and individuality, but with their families’ safety to fall back on, adolescence is a time of discovery, excitement, and learning.  Ideally, parents help their children prepare for adulthood by assisting them in getting their first jobs, looking at colleges, and deciding what they want to do with their lives.  With all the joys of the teenage years, however, there are also dangers.

Teenage drug abuse is never easy to talk about, let alone deal with.  Substance abuse in the teen years can have detrimental, life-long consequences.  The risk of catastrophe rises as the teen’s initial age of use decreases. If your teen is using drugs or you suspect they are, getting professional help should be your first step.  Even usage can have devastating effects and should be dealt with immediately.

Continue reading below for more information. If you would like to talk to an addiction treatment specialist, contact us today. 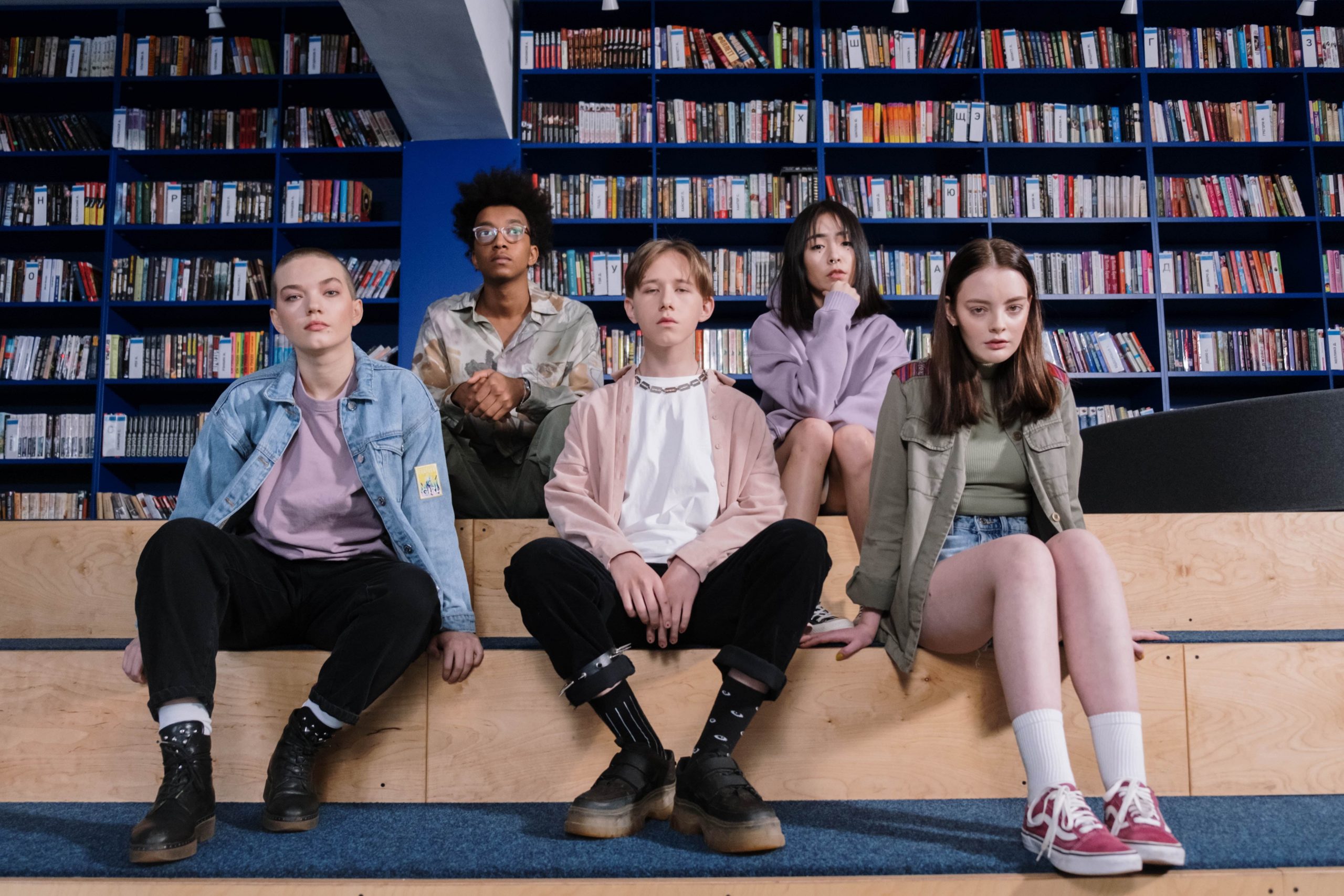 While the number of teen users has been dropping (especially in hard drugs like cocaine), substance experimentation statistics paint a frightening picture.

Seniors have an alarming rate of experimentation: 70 percent have tried alcohol, 50 percent an illicit drug, 40 percent have smoked cigarettes, and 20 percent have used medication either not prescribed to them or inconsistent with directions.

Shockingly, underage drinking makes up 11 percent of all alcohol consumption in America. In addition, substance abuse in adolescents comes at a high price.

Excessive drinking claims the lives of 3200 underaged kids every year, mostly from being involved in a car accident. However, over 100,000 emergency room visits are brought about by excessive drinking, either by alcohol poisoning or injury that comes from being impaired.

There are some positive stats, too. For example, teens who receive consistent education about drug abuse are up to 50 percent more likely to stay away from them.

Educating your child on the risks of substance abuse could save you and them a lot of grief. If you find the subject too touchy or uncomfortable, don’t be discouraged. Because there are many resources available to you to get you started.

Experimentation is one of the prime ways teens develop their individuality. Teens push boundaries as a way of building their independence. It’s not that they want to make you crazy or stress you out.

It’s an integral part of the growing-up process. In adolescence, our brains aren’t fully matured. The reward system is fully developed, but the area that can visualize long-term consequences hasn’t caught up.

If our minds were a car, teens would have great acceleration but bad brakes. It’s only natural for them to take risks and seek new experiences without worrying about tomorrow’s consequences.

Trying drugs fulfills many of these teenage “needs.” Drugs and alcohol light up the brain’s reward system far better than healthier, natural ways, such as hanging out with friends or doing well in school. These effects are also exciting and may make a teen feel more grown-up.

Other teens start using drugs to deal with problems, such as depression or stress. Risk Factors Many factors increase the chance a teen will try and even become addicted to drugs.

It is essential to keep in mind that just because one or even all of these signs apply to someone does not mean they will become a teen addict. These signs only indicate a higher risk of abuse and allow parents, teachers, and counselors to ensure the teen’s safety.

Remember, these are only a guideline. No teen is completely risk-free of drug use, no matter how perfect their lives might seem.

Some teens use drugs out of peer pressure, the desire to fit in with a new group of friends, or try something new.

In general, teens experiment with first alcohol, then tobacco, and finally, marijuana. These are the most common drugs for both early teens and those reaching adulthood.

While alcohol use amongst adolescents has declined recently, they still use alcohol more than tobacco and marijuana combined.

After those top three, inhalants are popular for young teens. Commonly abused inhalants are cleaners, paint, and pressurized whipped cream. For older teens, there has been a rise in both synthetic marijuana (K2 or Spice) and the misuse of prescription pills, like Vicodin or Adderall.

If you are close to a teen, the best thing you can do is watch for a change in behavior. Getting to know a teen can go a long way to discovering if they have a problem. Remember, all teens are different.

Teens are experimenting and trying to carve out their own identity. Give them a little room to be weird. Being an understanding, the sympathetic ear can make the difference between continued drug abuse and reaching out to you for help.

Some common signs of drug abuse amongst teens are: Physical signs, like consistent exhaustion, red or glazed eyes, a chronic cough, or other health complaints. Their personality changes drastically. They suffer frequent mood changes, frequently swinging towards irritability, depression, or apathy.

A change in their typical school performance. This can include grades, skipping classes, an increase in discipline, or excessive tardiness. An increase in arguments at home, or unusual amounts of isolation.

New friends who seem less interested in what was traditionally your teen’s activities. New or frequent problems with the law.

The Price of Teen Substance Abuse

Because the brain is still developing into the mid-20s, teen drug abuse can have terrible consequences. Drugs hijack how the brain develops and can leave a teen with lifelong problems that last long after they’ve stopped using. Sometimes, these effects can be permanent.

The most common effects of adolescent substance abuse are:

Studies have linked a multitude of dangerous effects when teenagers and substance abuse mix. Marijuana, for example, is something 60 percent of high school seniors don’t see as harmful. However, repeated use can lead to a permanent reduction in IQ.

Teenage drug abuse also leads to addiction later in life. People who start using drugs or alcohol before they are 18 have a higher rate of substance abuse disorders in adulthood compared to others that did not use it in adolescence. The most significant risk is for people who began using it before they were 14.

Talk to Your Teen

Parents want to help their children succeed and to live fulfilling healthy lives. When you suspect your teen might be doing drugs, your natural reaction might be very emotional. You might feel angry, enraged even, that they would act irresponsibly. You might also be distraught that your beloved child would choose to do something like this.

Don’t approach your child when you’re feeling emotional. Remember that your teen is filled with urges to engage in risk-taking, thrill-seeking behavior. Experimentation with drugs is an easy way to get that fix. Drug use does not mean they are immoral or beyond help. They need some guidance.

The first step is to listen to them. It will be hard for you, as the parent, not to lecture them. After all, your brain’s part that understands consequences is fully developed and can see what drug use will do to them. They might not see their activities as dangerous, though. Lecturing or yelling will likely cause them to either withdraw or continue to break the rules. Listen to their side of the story, the reasons they’re using, and their fears. You are the adult they look to for guidance.

When speaking about drug use, it’s essential to use a specific language. Teens have a way of misinterpreting things that may seem very basic to you. Saying things like, “Be smart!” might not mean to them what it means to you. For them, “being smart” could mean avoiding getting in cars with other drunks or not drinking until they blackout.

Many teens begin using drugs to deal with the strain of mental illnesses, such as anxiety or depression. If your teen tells you they are suffering, take their words seriously. Contact us today if you would like additional help on how to talk to your teen.

The Benefits of Professional Help

Another important thing to note when confronting your teen about drug use is knowing when to get help. Teen drug abuse is not an easy thing to deal with by any means.

Professional help, such as a therapist, can give you the resources you need to help your teen. Education is one of the best tools at your disposal. Their brains haven’t developed quite enough to rationalize long-term consequences.

You can help them realize the danger by speaking with them frankly and clearly. Professionals can help you learn how to do this. Professional help does more than talk with your teen.

It can help you develop a plan to pull your teen away from substance abuse’s enticing arms. If your teen has been using for a while or is suffering from addiction, enrolling them in a recovery program can safely help them get clean.

Professional help is also for you; dealing with the emotions of finding your teen on drugs will most likely cause stress and pain for you. There are specialists and support groups that will help you manage these negative feelings.

In the end, consequences will be established if they fail to quit. Therapists or specialized interventionists can help you begin this process.

Help Your Teen on the Journey to Recovery Today

For many, drug use during the teenaged years is considered a normal, albeit sometimes dangerous, activity.  It’s even considered a rite of passage by some.  However, teenagers and substance abuse should not mix.  The physical, social, and mental damage that drug abuse can cause your teen is astronomical.  You can help ensure your teen’s successful future by educating them on the dangers of drug use, speaking with them clearly, and getting professional help when you need it.

Teenage drug abuse is a severe problem millions of Americans deal with.  If you find yourself in an uncomfortable position to be one of them, know that you are not alone.  You want the best for your teen, and we can get you started.  We have the resources and experience to help you get your teen back on the right track.  Please, don’t hesitate to call us.  There is never a better time to start than right now.

How Dangerous is Adderall?