Meth abuse is a progressive disease that goes through various stages. The first stage is the rush where in the abuser feels when smoking or injecting meth. The next stage is the High in which the user often feels aggressively smarter and becomes argumentative. Following is binging wherein a binge is uncontrolled use of alcohol and drug. The next one is the tweaking in which it is the most dangerous when experiencing a phase of the addiction. Next is the crash, in which happens when the body shut down and then unable to cope with the effects of the drug. Following is the meth hangover wherein the drug user returns in a deteriorated state, starved, dehydrated and utterly exhausted mentally, emotionally and physically. Lastly is the withdrawal wherein abuser became depressed, loses his energy and ability to experience pleasure. 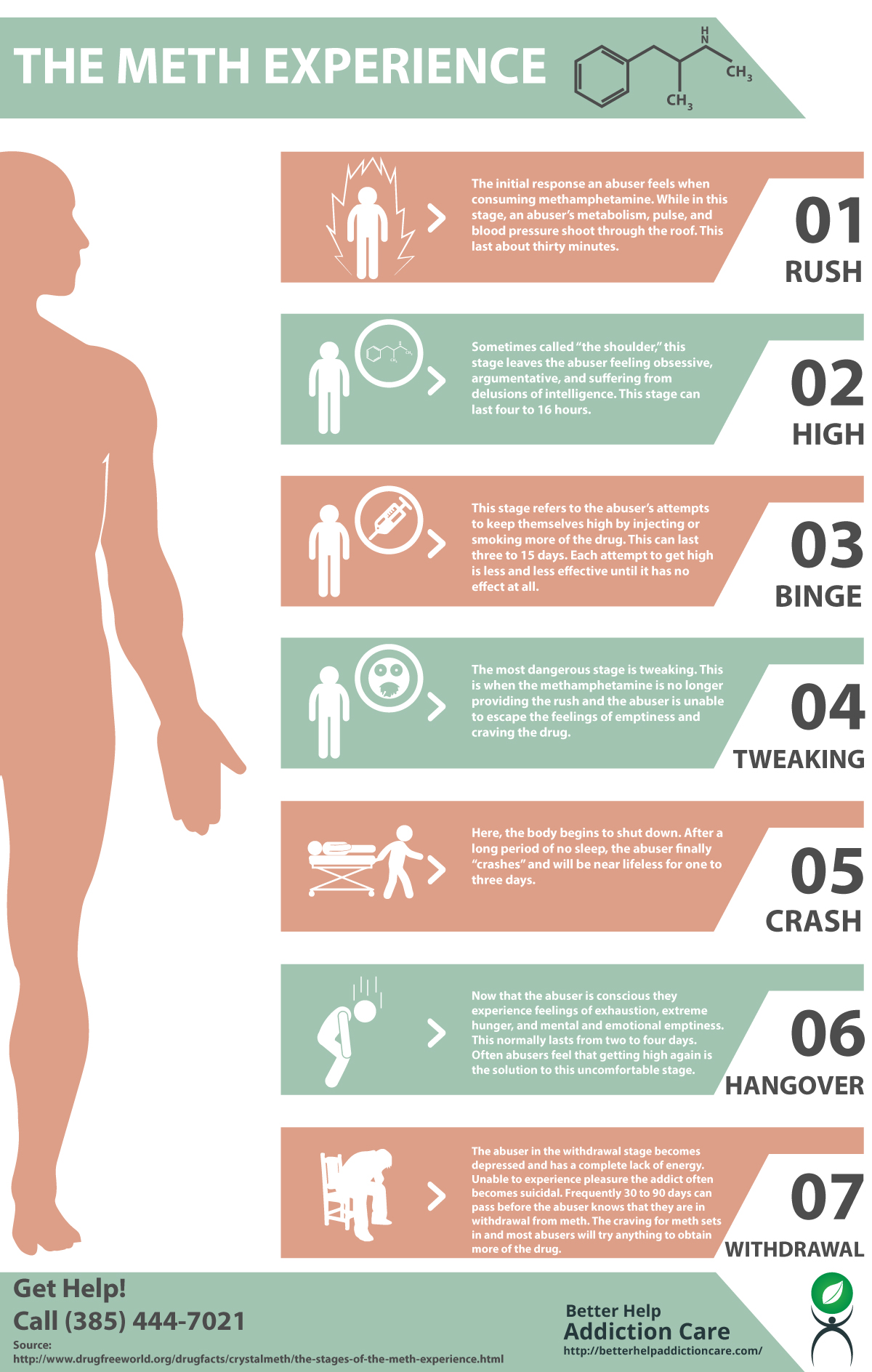